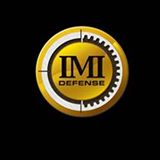 IMI Defense is a privately-owned company based in Israel. It was founded in 2002 by Mr. Nisim Zusman to develop and manufacture the highest-quality, most ergonomic, and most innovative tactical weapons accessories, components and parts in the world in order to maximize the combat performance of Israeli and US military Special Operations Forces (SOF) and civilian tactical shooters. Nisim built a team of experienced engineers, gunsmiths, product designers, shooters and manufacturers, most of them with Military/Police/Other Agencies backgrounds in the Israeli Defense community. They started with the development of the first polymer AR magazine, ergonomic pistol grips, etc. and simultaneously began making standard AR parts like bolt carrier group parts, G.I. handguards from modern polymers, and more. IMI Defense then collaborated with key industry players/partners within its business network to sell its products as OEM parts to major tactical firearms
manufacturers.

Next, IMI Defense released a revolutionary polymer holster line. These holsters have won great acclaim/are highly regarded by hundreds of thousands of civilian tactical shooters and military SOF operators the world over. The IMI Defense holsters combine great modularity with structural strength, a perfect fit for each firearm, and user safety. All IMI Defense products are developed and perfected through rigorous testing by, and feedback from, IDF Special Operations units and other branches of the Israeli defense community, who test and evaluate company’s products under adverse conditions and high round count.

With the accelerated development of the tactical rifle accessories business, IMI Defense created a wide range of products, each with its own unique set of features. The IMI Defense product line of today is highly diversified, consisting of some of the best, and perhaps THE best, telescoping/retractable AR buttstocks, pistol grips, vertical and angled foregrips, polymer magazines (5.56, 7.62×51, AK47, AK74, .22″, all HIGHLY-regarded for their reliability), polymer and aluminum handguards for AR, AK, MP5 etc. (quad, modular, KeyMod), and polymer and aluminum flip-up sights.

Later IMI Defense stepped into the training products business and introduced a new product called the „MTR16”. The MTR (Modular Training Rifle) is basically an M16/AR-15-type mockup intended for training, exhibition etc. Unlike competing training guns, the MTR can be built to different lengths, and you can change/swap all the tactical accessories, including buttstocks, grips, sights etc. It even comes with a detachable magazine, and can utilize standard magazines while remaining completely inert, thus allowing endless safe training options.

In 2015 IMI Defense introduced AK-47/AKM and AK74 weapons platforms with the same mode of operation. At the same time, another important product was introduced – the IMI Defense Kidon – a Gen2 pistol-to-carbine platform made of polymer, with a metal-reinforced chasis. The Kidon is a universal platform, and, unlike its competitors, it can be easily fitted by the end-user to a wide range of pistols, giving him greater product value without damaging reliability or adding weight.